Thanks to the buyers

It's really cool when buyers of my posters send me pics of their room when they buy my posters. Here's one from Malmö, Sweden: 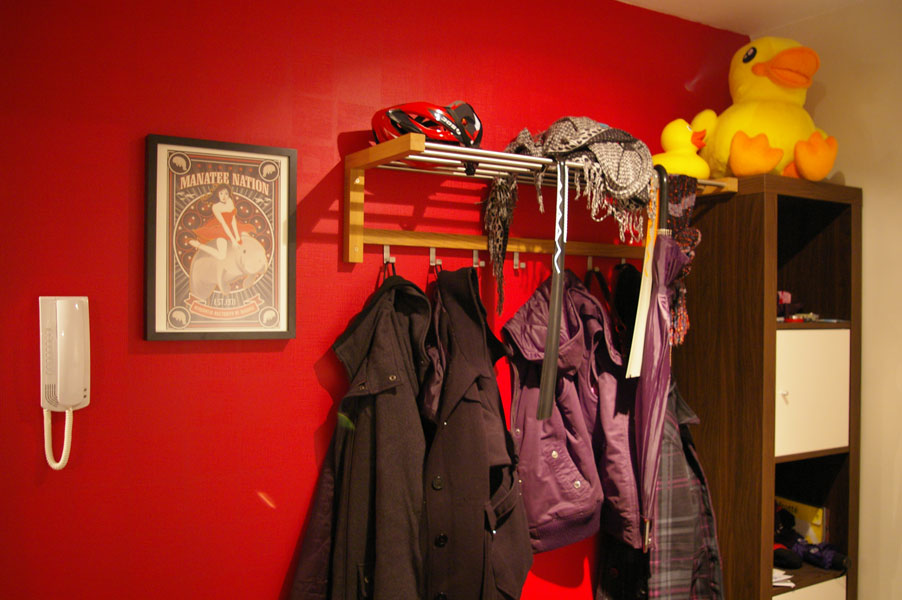 and another from Edinburgh, Scotland, UK: 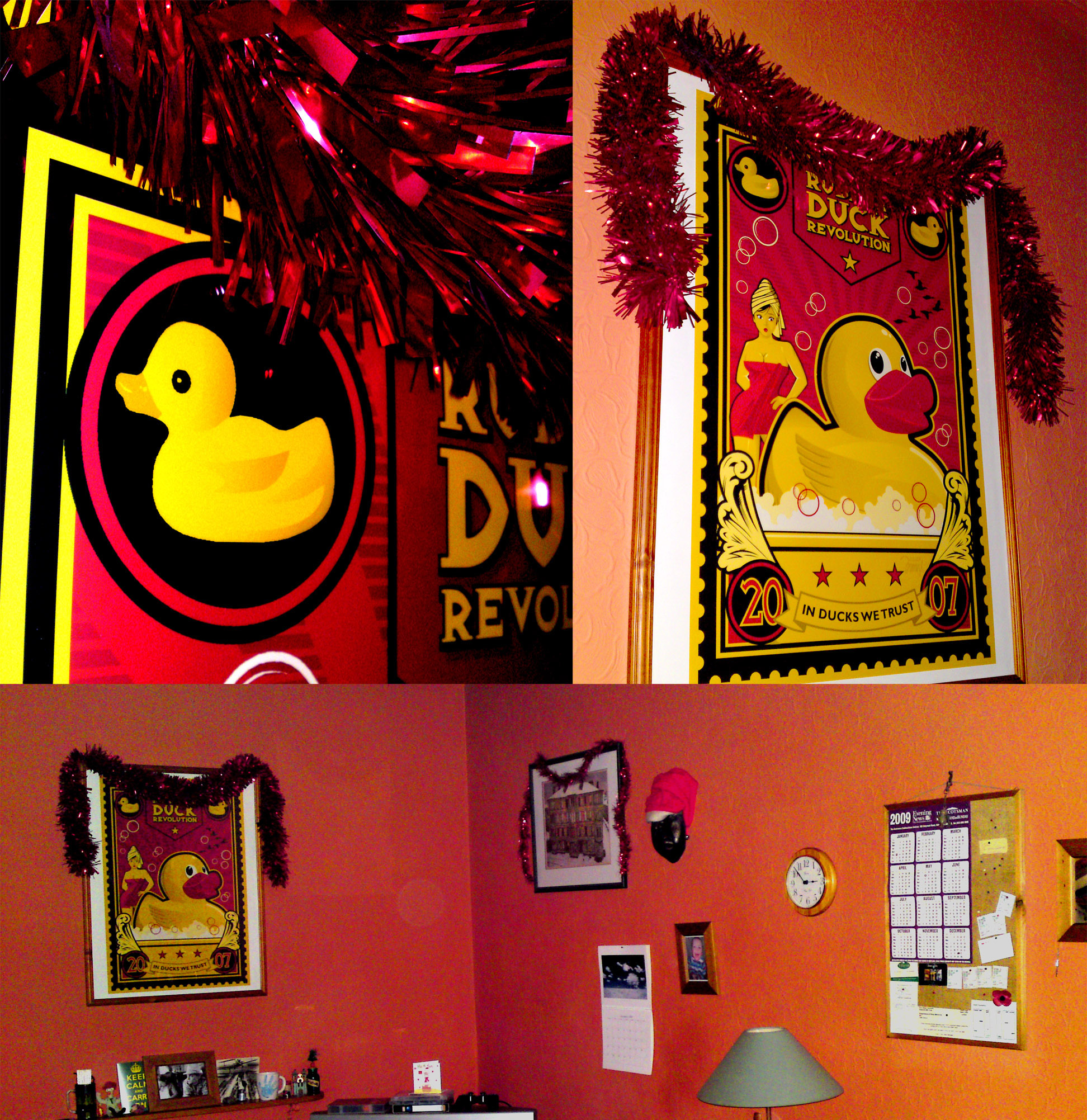 I'm kinda bummed because I missed this year's San Diego Comic-con. And yet, I feel kinda relieved. It's my first that I've missed in about 15 years, probably due to money issues and the recession, but also because it's grown into such a hype-filled extravaganza that doesn't even resemble what it was just 5 years ago. I'm sure the people who run the whole deal love it, but as a true comic fan, it sucks. Those of you in the know, know what I'm talking about. The pushing of actual comic vendors and artists out of the spotlight and into 'back alleys' so that room for Hollywood types can do their thing blows chunks.

What's worse is the crowds of non-fans coming in to share my personal space. Really Miss Twilight fan? Do I need to hear your screaming voice about how Robbie Patterson or some shit is coming? No. Will the whole scene change soon? Probably not as well. One thing that the comic con culture has spawned are more conventions, i.e. ones in L.A., Long Beach and Anaheim. These are still in its infancy and are probably closer in feel to those of years goneby. But give it a few years, I guess.

I know I probably sound like an old fogey complaining about beef prices when I was young, but that's the way it is. I'm sure in about 10 years, you readers will be the same way.

Here's a first in a (hopefully) series of posters for a new convention down in Forth Worth Texas. The deal was to come up with a poster that would maybe link in to two other posters flanking this one:

The trick was incorporating various soldiers in different eras into the same image and to convey the focus being "miniatures." The client seemed to like it so I'll say it's a success.
Posted by DomNX at 5:05 PM No comments: